VVO's operations are based on supplying versatile, safe and comfortable rental accommodation. VVO seeks to participate in discussions on Finland's housing policy, so that the number of rental apartments can be further increased to meet, for example, the needs of those relocating for work. VVO's stable financial development and long-term owner base furthers favourable developments in rental accommodation in Finland.

VVO wishes to influence developments in the sector and to participate in the public debate on housing policy, through active and diverse interfacing with interest groups. For example, VVO actively participates in the work of the industry lobby group, RAKLI, and its committees. 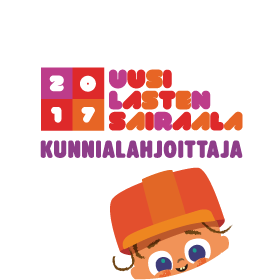 VVO becomes an honorary contributor to the New Children's Hospital 2017

VVO will donate EUR 100,000 to the New Children's Hospital project in 2013–2014. VVO's residents' associations contributed EUR 30,000 to the grant following a decision by the Board of Residents.