The most significant environmental impacts of VVO’s operations are caused by construction and property maintenance. Carbon dioxide emissions caused by the energy use of our housing stock constitutes the most crucial of these impacts.

Our energy choices have already reduced carbon dioxide emissions. District heating is used in most VVO properties, and CO2-free energy production methods are used to provide electricity for the properties.

VVO signed the Climate Partner agreement with the City of Helsinki in 2012 and continued the cooperation during this review period. VVO has previously committed itself to following the Rental Property Action Plan (VAETS), which sets a savings target of seven per cent in heating energy from the 2009 level. With this new commitment, the savings targets will be higher in Helsinki than elsewhere in Finland.

CO2 emissions caused by heating energy production for VVO's properties were approx. 68,000 (79,000) tCO2. VVO seeks to alleviate the environmental impacts of energy consumption by using carbon-neutral energy for property electricity. District heating is used in 99 per cent of VVO’s properties.

Our residents are provided with the right setting for environmentally friendly living. Waste management has improved in residential buildings, and VVO has taken action to provide residents with a range of functional waste sorting facilities. In the Helsinki Metropolitan Area, effective sorting facilities reduced the amount of mixed waste in 2013 by 6.3 per cent on the previous year. 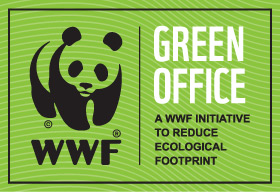